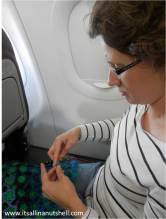 During my sabbatical I visited Riga in Latvia. This is a really fabulous city to visit! A real gem on the eastern side of Europe. Latvia has a rich history resulting in a complicated political and social balance which you see in the city’s buildings and people.

We took a flight to Riga, a short two-hour hop from where I live, so that’s perfect. Off course I took my crochet stuff with me. I was slightly worried that security would not allow it on the plane, but I got through without a glitch. Here I am working on a WIP that was almost a UFO, my Kika wrap (will show you the end result soon).

Thing to see and do in Riga

Riga has an old city center that is a perfect place to just walk around in. Many small streets with cobblestones (so take good shoes), lots of bars and restaurants with live music and a fabulously big park right through the middle of the city. I could show you many pictures of interesting buildings and other things to see like fabulous Art Deco buildings and period style statues, but the most fascinating thing by far in Riga is the ‘Black cat of Riga’. The story goes that a merchant wanted to join the trade guild of Riga, but the local merchants did not like him that much, so they refused him. Our merchant was so enraged that he built his house directly across from the guild’s building and put two black cats on the tower points. Not a problem you would say, but these cats had their backs curled high, their tails up and their bottoms pointed towards the guild’s building. The guild merchants were infuriated at this insult! They took our merchant to court and demanded that he remove the cats from his building. At the end a bargain was made where our merchant was allowed to join the guild and the cats were turned round to face the guild building. Today the cats are still on top of ‘The Cat House’. Being a cat person I just LOVE this story. Really, what an ingenious way to get your way.

Due to all those bars and restaurants with live music in the city center, choose a hotel slightly out of the center because in the center itself you will have live music in your room to well in the morning 😉 We had a four star hotel across the park. Just a 5 minute walk from the city center, but nice and quiet at night, good breakfast in the morning and friendly staff.

While walking through the city we suddenly stumbled across a little treasure in a small street. Even from the outside it was immediate clear that this would be a store I would love. There are all kinds of knitted things decorating the entrance of Hobbywool. This quaint little store sells handmade blankets and clothing, mostly knitted but also some crocheted items.

The store is great to walk around in, but just a bit too expensive for me. Although I just admired all the blankets and wraps, I could not resist buying some yarn. I bought a ‘Knit like a Latvian’ gift box which I kept for myself. 😀 You are supposed to knit a pair of real Latvian mittens with them, but I am going to adapt it a bit to make a scarf using the pattern as a base. Also, I will be honest, I don’t really like knitting (too cumbersome for me), so I am going to crochet my scarf.

When visiting any foreign destination I am always looking for a snow globe. I know it sounds silly, but I collect them. I have almost 40 from all over the world. Most of them I bought myself, but some are gifts from friends. There are a few criteria for the snow globes I collect: it should be round (sometimes you also see oval globes), it should have the name of the city on it and it should have something that is relevant for the city inside the globe. Guess what’s inside the globe I bought …. The Black Cat of Riga off course!

If possible I buy something for those I love back home. For my boys two traditional bird flutes so they can make a lot of noise and drive me crazy 😉 For my in-laws who were babysitting the boys I bought amber earrings and a bottle of Balzam, the national Latvian liquor. Balzam is undrinkable in my opinion, but it makes a great gift. For myself I bought a lovely amber bracelet, I just could not resist. I love the warm orange-yellow color the stones have. Amber is a big thing in Riga and MANY shops and stalls sell amber products. One thing to keep in mind; if it’s suspiciously cheap, it’s most likely fake.

We spend four days, three nights in Riga. This is ample time to visit the most important things and get a taste for the way the Latvian people live. Take time to venture out of the tourist paths and you see more of the real Latvian way of life. We visited local markets and walked through streets further away from the center. Then you see that Latvia is a country with many economic and social challenges. All in all it is a lovely city to visit and if you are ever in that part of the world, it is well worth it.

1 thought on “When in Riga, do like the Latvians”

This site uses Akismet to reduce spam. Learn how your comment data is processed. 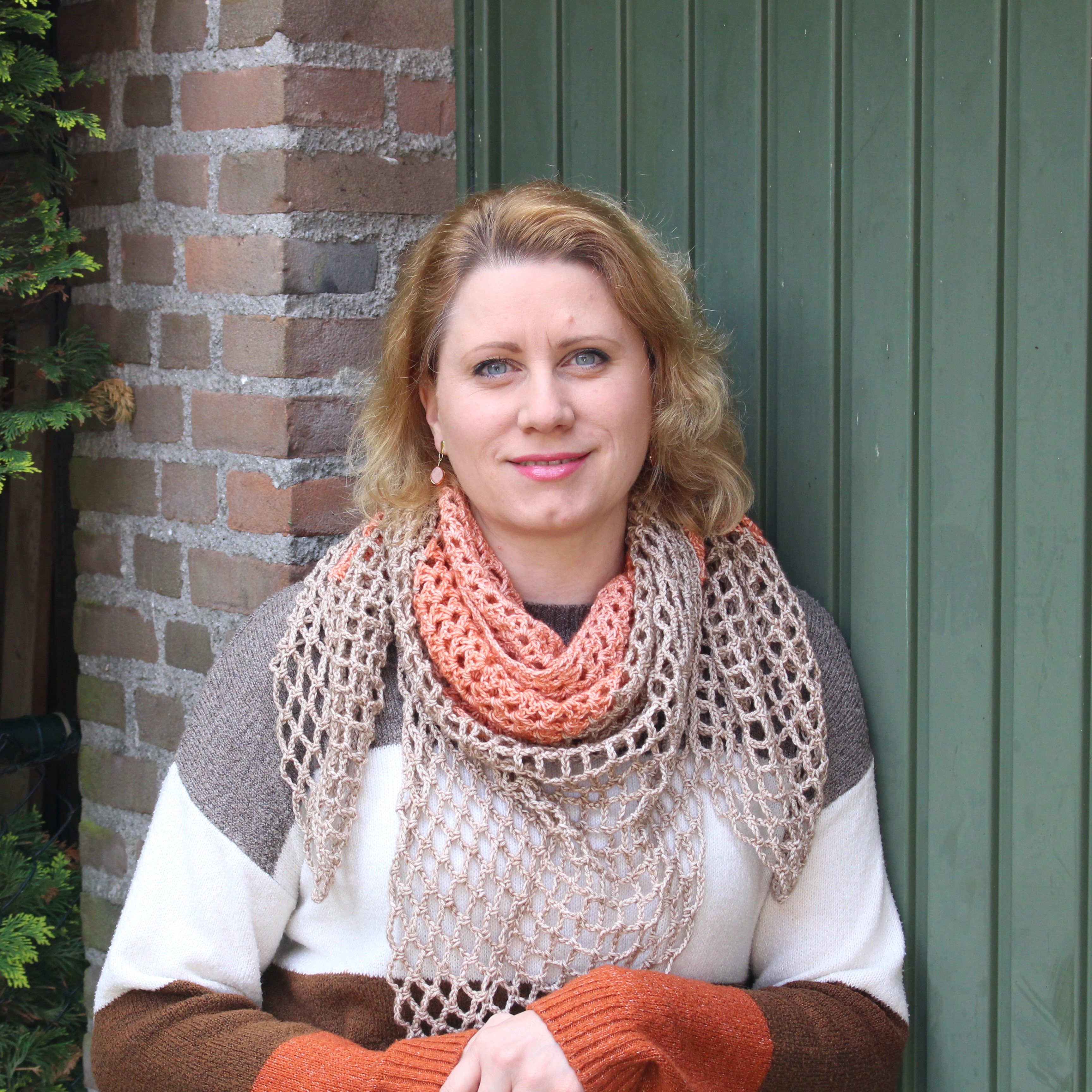 I'm Esther and welcome to my blog. Through this blog I hope to share my love of crochet with you and help you to make lovely projects of your own. If you would like to support me, your donations are very much appreciated.

The video tutorial showing how to make my Blooming Dreams Mandalas is now available for free on my YouTube channel. Kits available in my shop.
The crab stitch, also known as a reverse single crochet or a single crochet worked backwards, is one of my favorite ways to finish a blanket. It gives such a unique look and really finishes a project.
The FREE pattern for my Biesbosch Blanket is out now. Find it on my blog, including free video tutorial.
I have finished my new blanket, and am now writing up the free pattern. I will release the pattern for my Biesbosch Blanket next week.
A border around every square, and then the squares are ready to join! New blanket coming soon 🙂
Stacks of squares ready for the next step! I really enjoy seeing how fast the Stone Washed XL and River Washed XL yarn works up.
Raided my stash a while ago to make something new. Going to turn these squishy balls into a blanket.
My Diamondiferous Delight Shawl in blues turned out just as lovely as my first one in purple. I am still amazed at how this simple design makes such a bold shawl.

What others are reading

Or enter a custom amount

Thank you so much for your support, it means so much to me.
Love, Esther

Your contribution is appreciated.

Your contribution is appreciated.