It’s a fun day today because we are starting a new crochet along. We are making Baby Elements; a baby blanket designed by Sandra Kuijer from Hooks and Yarn. Under Resources you find all the information you need to make your own Baby Elements. 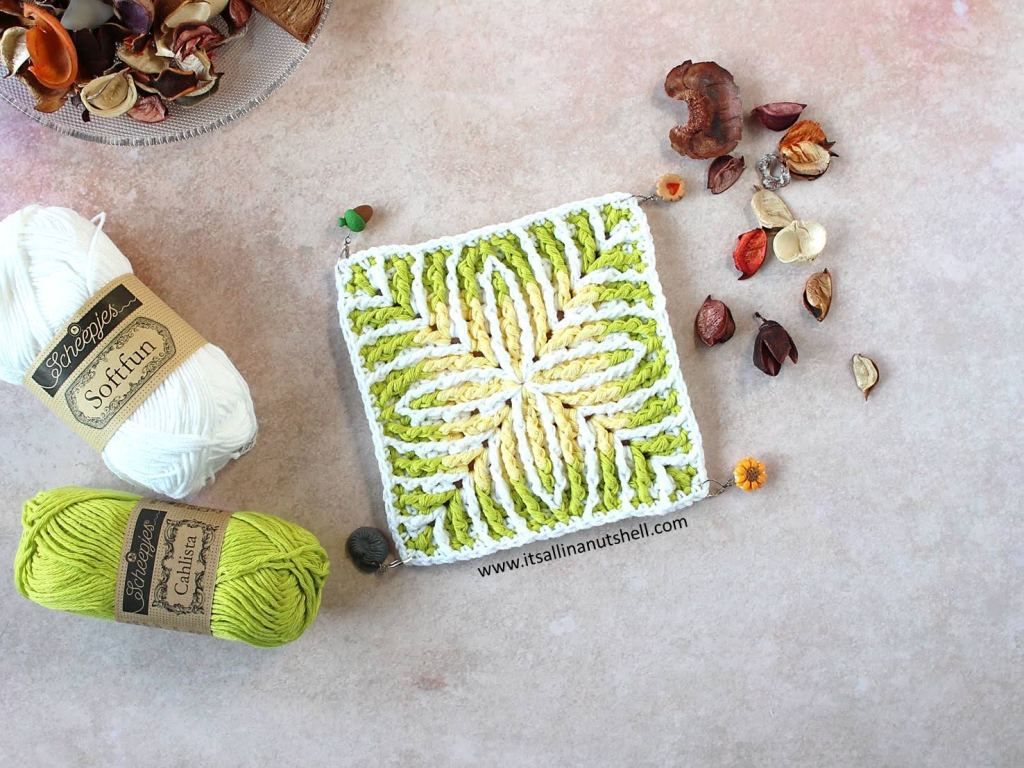 Make your own Baby Elements

To make a Baby Elements, you need 4 colors of Scheepjes Cahlista, and one color of Scheepjes Soft Fun. The Cahlista is used for the details in the blanket whereas the Soft Fun is a background color. You will need the following yarn amounts and materials to make your Baby Elements:

Next week we will continue with part 2 of Baby Elements in which we will be using colors 2 and 3 also. Hope to see you then.

This post contains affiliate links. Please read my disclosure and copyright policy. All opinions are my own and I only link to products I use or would use. Thank you for using the links on my blog and supporting my work.

© COPYRIGHT IT’S ALL IN A NUTSHELL. ALL RIGHTS RESERVED.

This site uses Akismet to reduce spam. Learn how your comment data is processed.

I'm Esther and welcome to my blog. Through this blog I hope to share my love of crochet with you and help you to make lovely projects of your own. If you would like to support me, your donations are very much appreciated.

What others are reading